The Queen was crowned in 1952, at the age of 25, upon the death of her father, King George VI.  "I declare before you all that my whole life, whether it be long or short, shall be devoted to your service," she had promised on her 21st birthday in a radio broadcast in 1947.

The milestone will be marked by various events across the Commonwealth, but for The Queen and Prince Phillip, it will be business as usual, as they open a new rail line in Scotland.

The Governor General, the Lieutenant Governors and the Territorial Commissioners across Canada have marked this occasion with a Loyal Address to Her Majesty, marking this significant milestone. Canada has been visited by The Queen more than 20 times during the course of Her Majesty's reign, more than any other Commonwealth country. 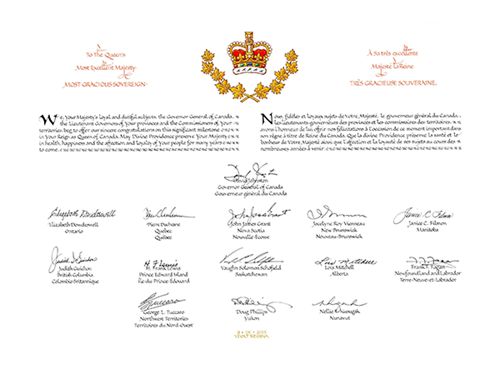