Their Royal Highnesses Prince William, Duke of Cambridge and Catherine, Duchess of Cambridge chose Alberta for one of their first Royal Tours as a married couple.

Their Royal Highnesses started their official itinerary in Alberta with a visit to Slave Lake to meet with residents and to see the devastation left by a massive forest fire that hit the town in May of that year. 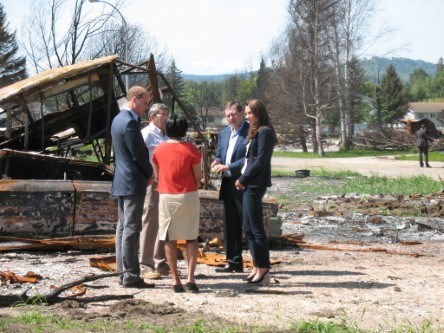 The Royal Couple then continued on to Calgary where they were greeted with a traditional white hat welcoming ceremony, visited the the 21st Century Research and Innovation Centre at the University of Calgary, helped to kick off the 2011 Calgary Stampede Parade and attended a reception at the Calgary Zoo, hosted by the Government of Alberta. 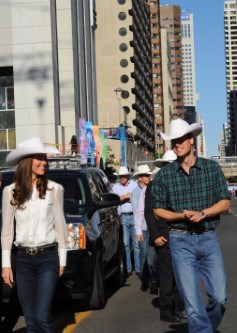 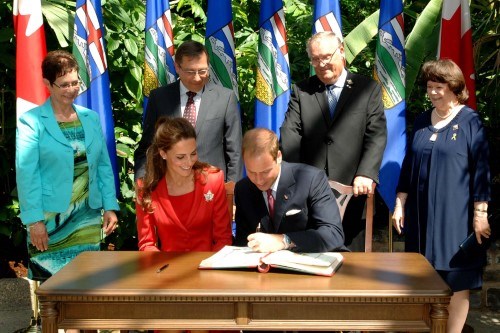 A  memorable moment in the tour came upon the Royal Couple's arrival in Calgary when local Children's Wish Foundation beneficiary, Diamond Marshall, had her wish to meet a princess fulfilled. Their meeting at the Calgary airport garnered media attention from across Canada and around the world. 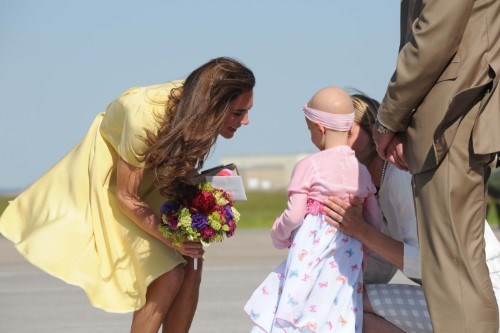