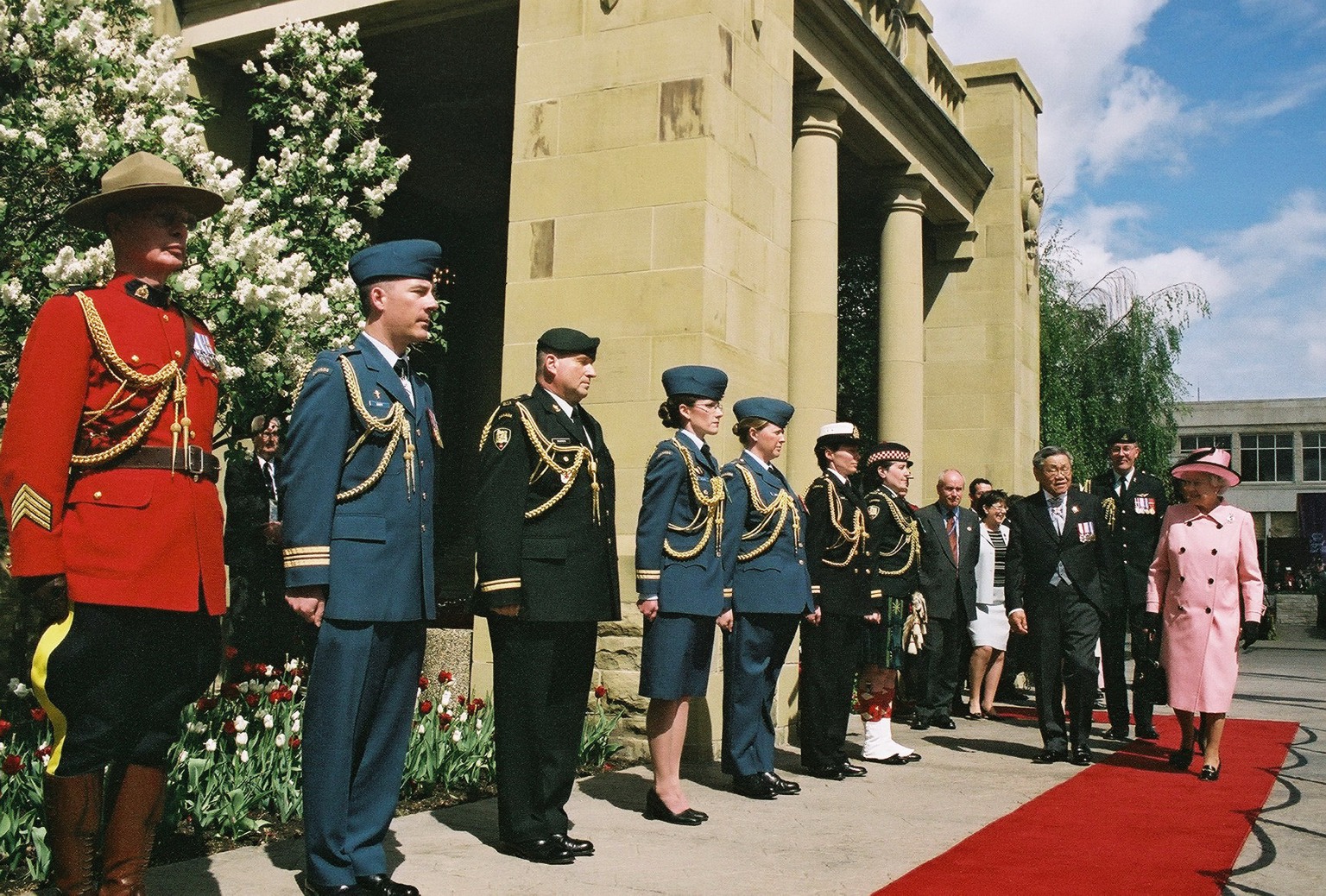 The responsibilities of the AdeC include:

The Aide will normally verify arrangements with the organizer, meet with the hosts and visit the site beforehand. On some occasions, a rehearsal or dry run may be required. On-the-spot changes to the itinerary or program are not possible unless approved by the AdeC.

In Alberta, Aides-de-Camp are selected from the Regular Forces, Reservists and the Royal Canadian Mounted Police. While in active service as an Aide-de-Camp, these individuals may use the post-nominal AdeC.

The appointment of an Aide-de-Camp is normally for the length of the Lieutenant Governor's term in office. Transfers and personal commitments may alter this appointment.

Aides-de-Camp are easily recognized when in attendance with the Lieutenant Governor by the gold braid, or "aiguillette" they wear on the right shoulder of their uniform. Aides-de-Camp are entitled to wear the aiguillette whenever they are attending the same function as the Lieutenant Governor even if they are not the Duty Aide-de-Camp for that function.